#Fed continue #Injections #EUR/USD down US STOCKS UP

#Fed continue #Injections #EUR/USD down US STOCKS UP 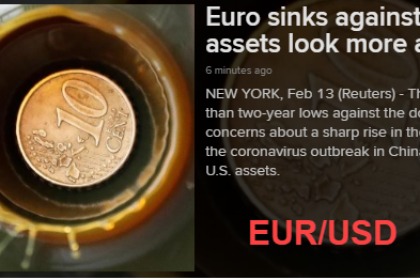 The Fed continues to inject liquidity in the market.  The Fed reported this morning the fourth oversubscribed term-repo operation.

(Reuters) – The Federal Reserve Bank of New York said on Tuesday it will continue to inject liquidity into the overnight lending markets for cash until at least mid-February while slightly reducing offerings on longer term loans.The U.S. central bank will modestly pare down the overall scale of the operations after boosting liquidity offerings at year-end, when financial firms and analysts feared a possible shortage of cash. But the new schedule shows it will stay involved in daily markets for at least another month as it works to permanently increase reserves and keep short rates stable.