Bankruptcy #NEWS will be more common

Bankruptcy #NEWS will be more common 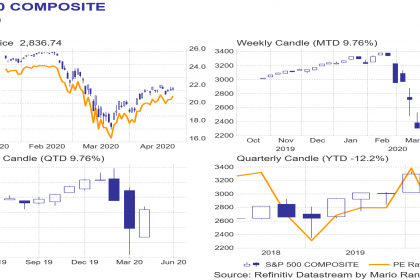 Many companies around the world, could consider bankruptcy in the next few quarters. So far U.S. shale producers, refiners and pipeline companies are scrambling for cash and face likely restructuring as they struggle under heavy debt loads while engulfed in the worst crisis the oil industry has faced.

Worries over the economic hit from the virus slammed riskier assets in February and March. Still, hedge funds outperformed the market, with the HFRX Equity Hedge index down 9.58% in March, compared with a 12.5% decline for the S&P 500 Index.

“Investors reacted to the unprecedented surge in volatility and uncertainty driven by the global coronavirus pandemic with a historic collapse in investor risk tolerance and the largest capital redemption from the hedge fund industry since post-Financial Crisis,” HFR President Kenneth Heinz said in a statement. The average hedge fund lost 9.4% in the first quarter, HFR data show. During the same time the Standard & Poor’s 500 index (including dividends) lost 19.77%.

For U.S.-based hedge funds, net leverage – a measure of how much risk they are taking as they chase returns – fell during the March selloff to the lowest it has been since 2010 but “both gross and net (leverage) have bounced back,” according to a recent report by Morgan Stanley’s prime brokerage team.

Funds relying on systematic strategies such as risk parity and commodity trading advisors (CTAs), which were partly blamed for aggravating the recent selloff by off-loading risk when the markets were most vulnerable, have also been buyers recently, analysts said.