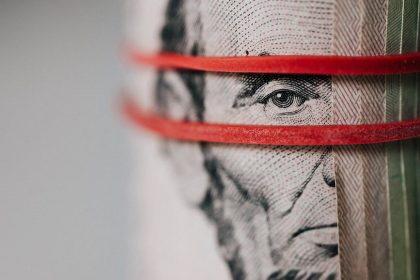 Last night Reuters had another update on the TOPIC. I want to stress its relevance because the market had to change its tone from being quite pessimistic to overly optimistic pushing the Nasdaq and SP500 much higher than what my models were anticipating.

Stocks prices are moving on certain news and the article below talks about certain people being able to participate in a “control” of US debt default just because of the debt limit.

Here you can review Reuters Update:

Updates with House passage of first of two bills

By Richard Cowan and Susan Cornwell

The Senate is expected to take up the measure, which prevents the use of stalling tactics, on Thursday.

That would speed the way for Congress to consider separate legislation to actually increase the current $28.9 trillion limit on federal borrowing authority to a still-to-be-determined level.

The House voted 222-212 in favor of the measure designed to speed approval of a debt limit increase in the often-plodding Senate. Only one Republican backed it.

“Increasing the debt ceiling will prevent us from defaulting on debt we already owe. It’s about investments that the Congress previously approved,” Democratic Representative Steven Horsford said during House debate.

“We must address the debt limit to stave off an unnecessary and catastrophic drop of trillions of dollars of GDP and a devastating downgrade to our credit rating,” Pelosi, a Democrat, said in a statement.

But House Republicans argued against any action, knowing Democrats intended to shoulder the burden on their own under a deal privately negotiated by both parties.

“Make no mistake. This debt ceiling is being lifted to pay for trillions of wasteful socialist spending,” said Republican Representative Kevin Brady.

He was referring in part to President Joe Biden’s $1.75 trillion “Build Back Better” domestic investment bill that Democrats hope to pass in the Senate this month.

‘BEST INTEREST OF THE COUNTRY’

Normally, many bills need the support of at least 60 senators to clear procedural hurdles. Senate Republican leader Mitch McConnell sent a clear message that his party will help facilitate a debt limit increase even though its members aim to vote against the actual bill implementing it.

“This is in the best interest of the country by avoiding default,” McConnell told reporters, adding: “We’ll be voting on it Thursday,” as he expressed confidence in its passage.

Congress is expected to complete action on the long-running tussle between Democrats and Republicans by Dec. 15, the date Treasury Secretary Janet Yellen requested to soothe financial markets and ensure there would be no default – an event that would have catastrophic economic consequences.

The debt limit increase, if passed, is expected to provide Treasury with enough borrowing authority through next November’s congressional elections.

If the Senate passes the House-approved bill, a second measure raising the debt limit under the expedited procedure would then be debated for a maximum of 10 hours in the Senate, instead of the open-ended debate that can delay or kill many bills in the chamber.

Senate passage by a simple majority would clear the way for a final vote by the House. Both chambers are narrowly controlled by Democrats.

The expedited procedure for the debt limit was included in a bill to postpone cuts to the Medicare healthcare program for seniors that would otherwise take place starting Jan. 1.

By facilitating passage of a debt limit increase but not actually voting to implement one, Republicans would give themselves ammunition to attack Democrats in the 2022 congressional election campaigns for raising the $28.9 trillion debt limit.